WATCH: UP prof on Marcos exhumation campaign: Don’t we have any more respect for dead people?

November 22, 2016 Like this
Aside from unlimited protests, a call for exhumation is now up after the recently held secret burial of the late President Ferdinand Marcos at the Libingan ng mga Bayani on Friday, November 18. 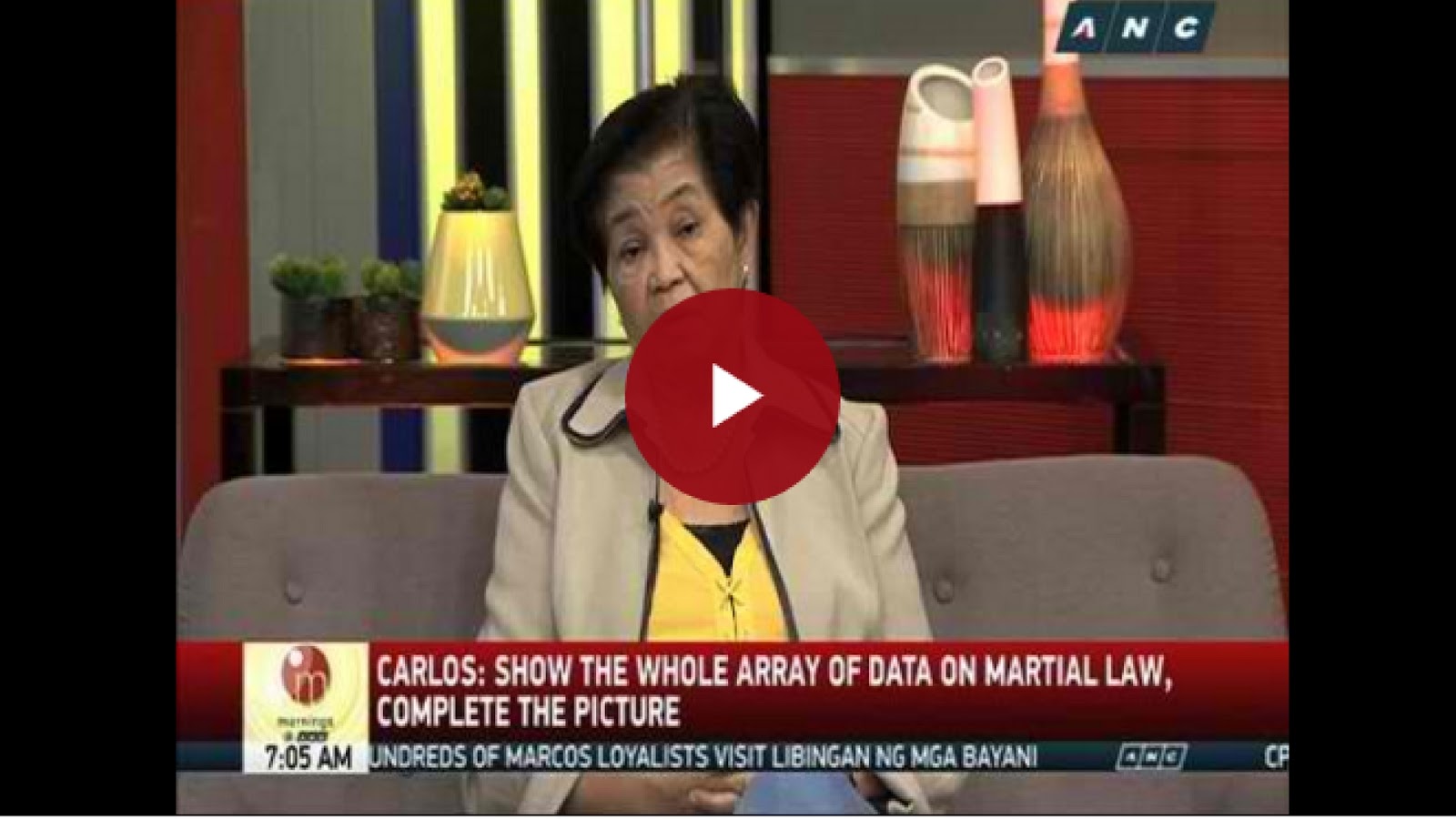 Political Science Professor Clarita Carlos from University of the Philippines (UP) expressed her dismay on this call to exhume the late President’s body from his grave at the LnmB.

In an interview on Mornings @ ANC aired on Monday, “Don’t we have any more respect for dead people? It’s so sad really,” Carlos’ question to the people.

“If you’re going to put all the blame on one person when there were, in fact, you have a whole cavalry of persons who realized, who implemented martial law, then point your fingers on all these people and make them accountable, including the cronies for that matter,” she added.

Millenials were also addressed in her interview that they should research and read about the martial law from different point of views and not just the “skewed” literature which made them believe that all wrong during the said era was on Marcos’ account.

After the hero’s burial, hundreds of youngsters including students from different learning institutions all over the country came into unity as they voiced out their dismay as they join rallies.

Carlos asks what do this large number of young people about the kind of research they used to conclude in joining such activities.

‘What kind of research data were available to them? And because I am familiar with that literature, I am telling you they are skewed in a particular direction. And so, yes, history must be told from many, many perspectives,” she quoted.

The professor explained that she is not defending the late dictator but she is just speaking from a scholarly point of view.

According to her own knowledge, Carlos claims that though military atrocities during the Marcos regime have been well documented, no non-partisan scholar has been able to “really assess” the 21-year regime of Marcos, given that the public allowed him to rule the country for two decades.

Carlos advised the people to understand things better and do not point fingers to only one person, where in fact many were involved in the said matter.