WATCH: Bongbong Marcos is the mind behind the free tuition fee, not Bam Aquino

December 19, 2016 Like this
The 2017 budget allotted 8.3billion to cover free tuition fee for all State Universities and Colleges (SUC) throughout the country however, the credit seemed to be controversial. 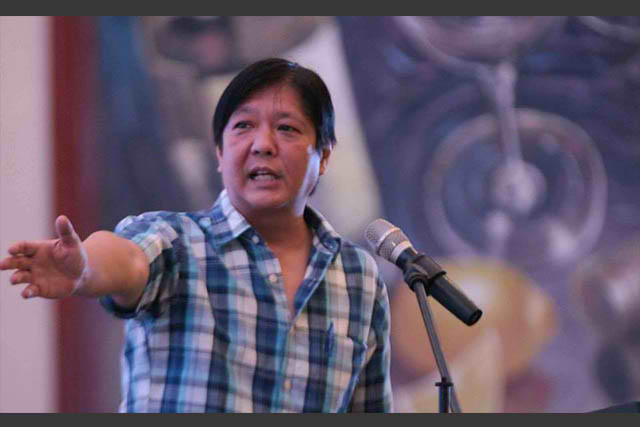 A video from Youtube which shows former Senator Ferdinand “Bongbong” Marcos Jr. also known as BBM discussing his plans to fight for free SUC  tuition fee went viral after Sen. Bam Aquino credits himself for passing the proposed budget for Commission on Higher Education on December 17.

During his speech, BBM emphasized that it is now the time for SUC students to have a free education, and this deserves a big chunk from 2017 budget.

He also added that the government is very able to fund free education since we shouldered 10Billion when our country hosted the APEC Summit 2015.

The former senator deciphered the Philippines has trillions of budget to utilize for the upcoming year.

Meanwhile, the 8-B budget will only cover the tuition fee and would exclude miscellaneous expenses like laboratory fees.

The additional CHED budget was part of the P3.35-T proposed budget for 2017 and the President is expected to sign it after his official travel.