WATCH: 13th oarfish appears in CDO, might be an indicator of tsunami or earthquake 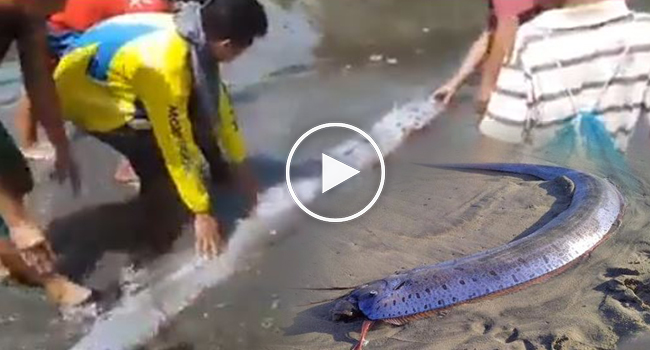 The 13th oarfish was found in the coastal are of Gusa, Cagayan de Oro on February 18 which many believes that this could also be an indicator of a great calamity.

According to source, when the 9th oarfish appeared of February 10, that was also the time when Surigao was devastated by a 6.7 magnitude earthquake.

It also added oarfish natural habitat can be found on the deepest part of the sea and only appears if there is shaking underwater because it is very sensitive.

The Facebook page encouraged people to pray, regardless it's just a superstitious belief or fact, for our nation and its people to be safe.