February 21, 2017 Like this
Senator Antonio Trillanes said even if he show the documents to support his allegation agaisnt President Rodrigo Duterte, he will not step down to his power. 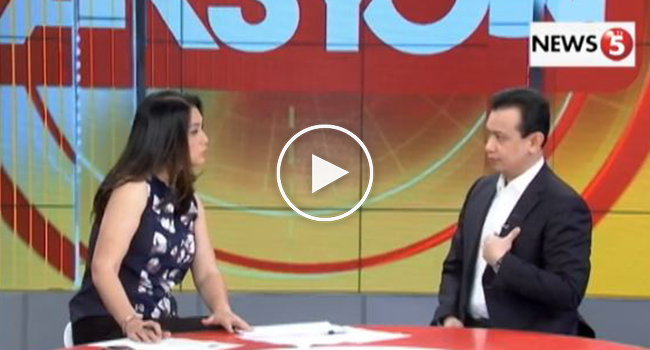 In an interview aired by News 5 on February 21, Trillanes emphasized that the documents he's holding shows the sum of 2 billion pesos he accumulated from 2006 to 2015 aside from the hundreds of million named under his children.

This constant critic of Duterte also added that if ever he will prove that it is true he will not remain in his words.